I can’t count the number of articles I’ve come across with the title # Things Bipolar People Want/Wish You Knew or the List Of Things People With Mental Illnesses Wish People Understood. And for the most part, they’re pretty spot on. But I want to come at it from a different angle. I’ve done my best to keep it pretty similar in format, but if you feel I got something wrong, or missed a key point, drop me a comment! (Images thanks to Google-I own nothing.)

There’s nothing quite like the dive between (hypo)mania and depression when you feel like you can see the world crumbling around you. Or the emptiness that makes you feel like a dead (wo)man walking-no cares, no love, nothing. Or the darkest parts of depression when it hurts to cry because you’re trying not to wake anyone, so you silent sob but then you realize you aren’t breathing either and your chest is on fire, but it also feels like you’ve got a ton of bricks on top of you. You wonder if it’s possible to be so sad that you die from it. You walk around with the stress of what could happen if you have a manic episode. The way you lock up your credit cards, carry around only a limited amount of cash because you know you can’t stop yourself from spending everything you have. The way you stay home because you know you’re bound to get into a bad situation because you’ve been manic for a few days and now you’re bored. No matter how “together” we feel we’ve got it, there are days when we are genuinely concerned that

2. We’ve given up hope for ourselves more than you

We know that sometimes we’re a hot mess. Hearing you say “I’m done.” when we have a bad day (or too many in a row), or watching you go for a drive because you “can’t handle” us at the moment just reminds us that we’re alone. And as many times as you’ve grown tired of us, we’ve done that twice as much with ourselves.

If we trust you enough to open up, it’s because we know that we’re eventually going to fail ourselves and we need you to pick up the pieces. It’s not fair of us to smother you in our problems, but if we could figure out how to not make them problems, or how to deal with them on our own, we wouldn’t need help so much. In the end, when the words “I suck” are said, it’s our inner demons speaking and we need you to tell us why we shouldn’t believe them again.

3. We genuinely don’t need a reason to be upset (in any mood) and it makes us trust you less when you yell at us that we DO need a reason.

If we knew why we felt the way we did, we could fix it. We have a mood disorder, not an analysis-of-the-situation disorder. If we’re showing you we have a problem, don’t force us to talk about it before we’re ready. It just makes it worse and we’ll lie about why we’re upset because we just want you to be happy that there is a reason-even if there isn’t. If we have to lie to you, then we don’t respect you as much, because we already fell like we’re lying to ourselves. And lying to anyone else is just a repeat of what we’ve wanted to get away from.

Feeling (hypo)manic? Better find a reason for being able to put in all the extra work, being extra chatty, being extra social. Feeling depressed? Better find a reason to feel sad. Or, better find a way to hide it behind the words “tired”, “sick”, and “allergies”. No one think to question the high-functioning worker or student, especially if it’s peak work time-end of the year sales, there’s a special on at work, it’s final’s season. We blame it on too much caffeine, the hyper form of exhaustion, being really excited for a goal or even wanting to get something done so that you can do something else (the key “give aways” here are goal orientation and chaos). Everyone avoids the depressed, especially if it’s the grey-faced, bags-under-the-eyes, slow-as-molasses individuals who seem to act like that for days. Everyone asks about the first day- “what’s wrong”, “need anything” and so on. But even the answers to those are lies. “Just tired”, “stressed”, “coming down with something”. It’s easier to just go on with the lies than it is to explain everything to every person. Because inevitably we’ll get the “avoidance” treatment ALL the time.

5. Looking at other, more successful people with Bipolar Disorder makes us feel like a disaster.

It is both a blessing and a curse to see the people who have come before (or are presently) and were (are) successful AND bipolar. Van Gogh. Lovato. Van Damme. Cobain. Churchill. Nightingale. Sinatra.Woolf. Artists, Singers, Actors, Leaders and more have graced history with their talents and their diagnoses, some of them succumbing to their disorders, some becoming great advocates.

Not everyone with Bipolar Disorder is going to go on and be famous and we KNOW that. But it hurts quite a lot that some of the people who were most successful at their craft had it and we share a condition and aren’t sharing in the capabilities. It’s easy for us to start a painting or sculpture, musical instrument, novel, poem, whatever and then destroy it because we listen to the voice that says “you’ll never get noticed.” While we’re happy for the successful people with bipolar disorder, we want to be like them too and that usually doesn’t happen.

Whether we want to admit it or not, we’re completely normal. We eat, drink, breathe and exist the same as anyone else. But we do so in a broader spectrum. We experience great sorrow at the loss of a friend, or freedom, or innocence. We experience great anger at perceived injustices, at inequality. We experience pure joy at the birth of our best friend’s first child, at the sight of a rainbow or a thunderstorm, at the realization that we succeeded at a task we’d never tried before. Where other people may feel confused, we feel it more. Where others may feel concern, we feel the weight of the world. It’s not about the Hollywood stereotype of the best-friend-turned-serial-killer. We have jobs that we fight desperately to keep, we have friends and families and we go to school. Just the same as any body else. We just live it more.

7. We become specialists in our diagnoses and we don’t appreciate being compared to your “crazy aunt” or your “moody neighbor”.

It’s nice when people have had genuine contact or a relationship with someone who actually had bipolar disorder. It’s nice to know that if you have an episode, you can talk to them and they can help you through it. It isn’t AT ALL nice when people pretend they understand. We aren’t like your “crazy aunt” who threw your uncle’s things out of the house because he broke her favorite plate. And we aren’t like your “moody neighbor” who doesn’t smile when you say good morning and cackles over his cup of black coffee at a kid who falls off their bike. We just experience life in a deeper spectrum (see number 6).

And while we’re on the topic, STOP calling the weather bipolar. That’s offensive to the people who actually have bipolar and that’s altogether not hilarious. We get it, you have problems with the weather. Bipolar disorder has the capacity to destroy our lives. Pack a sweater and an umbrella. You’ll be fine.

8. We could write a dissertation on suicide and the types of suicidal tendencies.

Everyone, just about, is familiar with the concept of suicide, and there may even be people who have experience with it on a more personal basis. A person with bipolar is exceptionally likely to thought about, if not tried suicide. But there’s more to it than being depressed and then dying. There’s plenty more motives than people want to discuss. And then there are the latent forms of suicidal tendencies. Because most people are familiar with the “I don’t want to live anymore” version. Not as many people think about the “I want to sleep and not wake up” kind or the “I wish I could just cease to be” kinds. We could write novels about this subject in particular and probably come pretty close to making it the encyclopedia of suicidal tendencies and things you never thought to associate with them.

9. We go between being really proud of who we are and feeling like a giant mistake 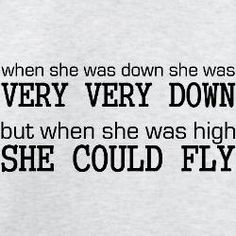 We know it’s a hassle. But some days we wake up feeling like we run the world. And those days are so few and far between that we run with them in the farthest possible manner. Because soon enough, we know there will come a day when we just can’t seem to do anything right. It isn’t that the days when we feel epic are the truth and the other days are lies. It’s more fluid, more layered than that. We are experts at living in all the times (past, present and future). So when we say “We rock” it is at that moment, we feel we have reached a milestone of success which can be seen at that moment. When we say “we suck” it is because at that moment all we can see are the failures. It doesn’t mean we’re completely failures or completely successes, it’s just what looks more prevalent at that particular moment.

The sentence that seems to pop up the most lately is that of “adulting is hard”. There are even renditions which say “I’m done adulting. If you want me, I’ll be in my pillow fort with my coloring book.” At some point, we have come to realize that we have absolutely no idea what we’re doing. We can find things which help us manage our symptoms safely and in a positive way. We can avoid triggers. We can accept only what we can reasonably handle. But in the end, we don’t know what we’re doing. There is no manual for living with bipolar disorder. And even if there was, not everyone is the same, so it might not work for us. Funnily enough though, not too many people (with AND without the diagnosis) know how to live their lives. Turns out, people with bipolar disorder just might be the firs tot admit the way that everyone is feeling. No one knows what’s going on. And that’s part of the fun.