I’m just not ready to take on the world yet, and I think that by making everyone read the same depressing facts and figures, I’m going to do something delightful. I don’t want to be known as the bearer of all bad news. Because that’s only half of the story. The other half is the part where I bring smiles and happiness to others and to myself. So in keeping with that, I wanted to post some pictures and things of my (our) dog.

PupPup was born on Christmas Day in 2013. He is a little Havanese dog, and when we got him he was covered in fleas, emaciated and terrified. We rescued this little guy from his life of obvious crap and have spent loads of time loving him. I’m a cat person, so it took me a while to grow to love him, but I believe that all spirits deserve kindness, so I was never mean. He was no longer than the length of my arm from wrist to elbow and weighed only about five pounds. He was about four months old at that point. 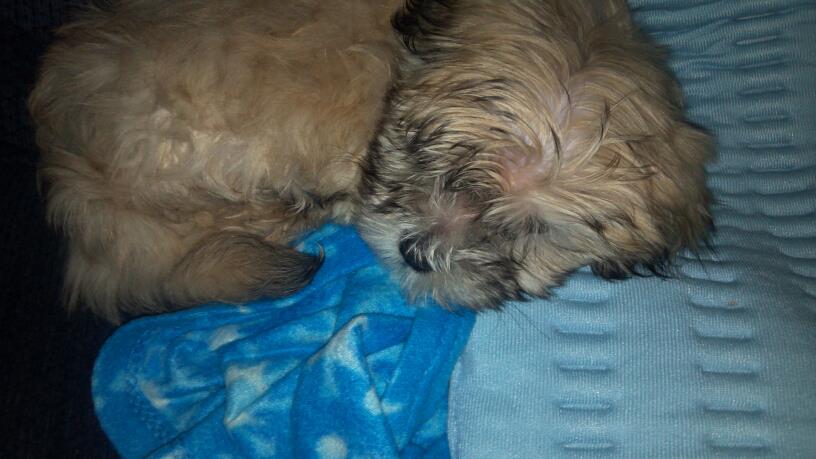 This was him after we got him home. You can see from the patches on his head that he had a bit of mange, and the dirtiness of his fur is from neglect. I gave up my heating pad for him, because he was shivering all the time. We named him PupPup because we couldn’t decide on a name and then eventually he just answered to PupPup. He has since accepted “Puppy Yuppy”, “Pooper Dooper” and bizarre rhymes of the sort as things he will answer to as well. He doesn’t seem to mind-he just wants attention.

Over the years, we’ve had the chance to see him in several styles. Sometimes we shave him sometimes we fluff him. And almost always, he’s sleeping. You can see from the pictures below that he’s actually a white dog-not cream and brown. And he’s gained quite a bit of weight. The following two pictures were taken in the past year. 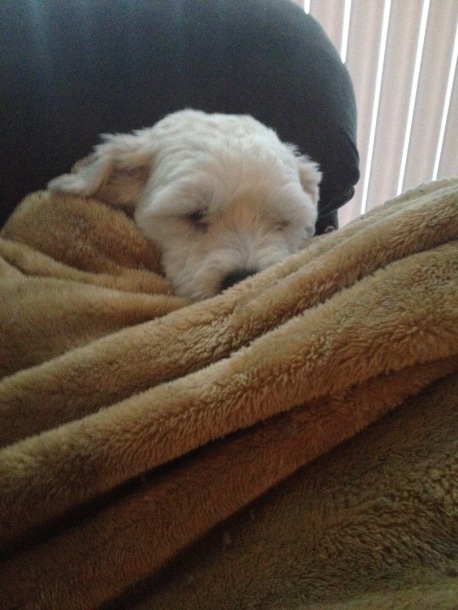 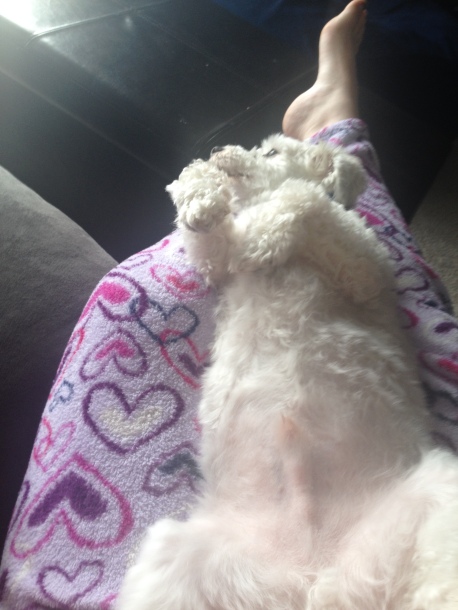 I think we may never find a dog with more personality than this one. He knows English (salted potatoes, french fries, go to bed, oinkie), he knows when we’re making fun of him (he snorts) and he’ll stop play-fighting with you if you say “just love”. He can tell when one of us gets home based on the sound of our car and then he “goes to his post” to let us in the door. Usually though, he’ll sleep on us. And I’ve gotten him into Supernatural and puppy videos on YouTube. He knows who Dean and Sam are, and he loves watching huskies learn how to howl. He still hasn’t figured out where they are (we watch on my computer) but he stays really attentive. (Bottom left was an epic capture. My husband really was asleep and didn’t kn0w I’d taken it, but PupPup’s face was priceless. He agreed when I showed him later.) 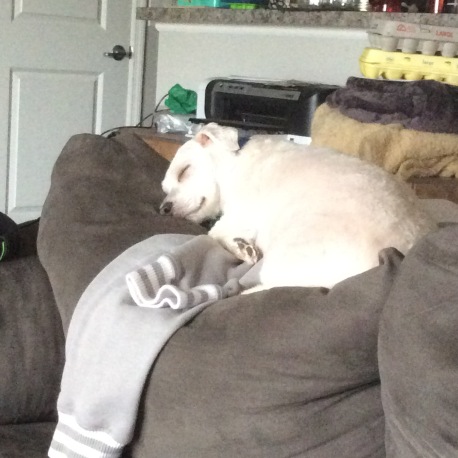 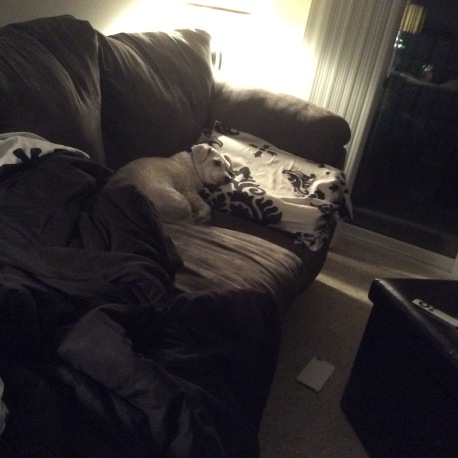 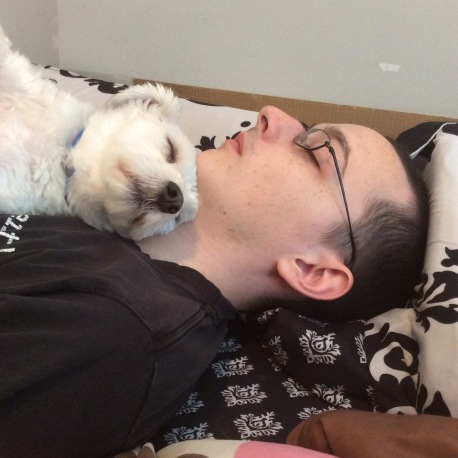 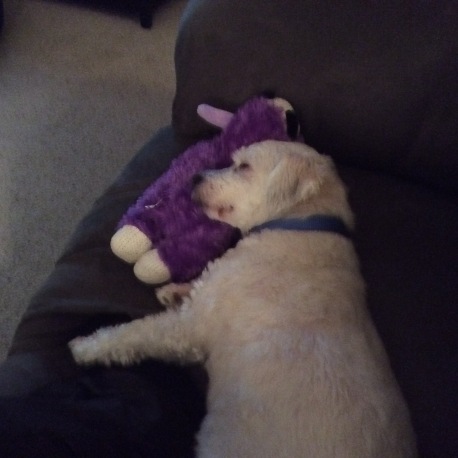 What’s more than that, he’s actually well-behaved. He doesn’t yip or bark or do much more than sass us when he wants treats. He doesn’t have accidents in the house and he’s pretty much a human. He uses my clothes, my pillows and his toys as pillows. He usually doesn’t sleep without a pillow. The bottom left picture I took as soon as he woke up and it’s one of my favorites. 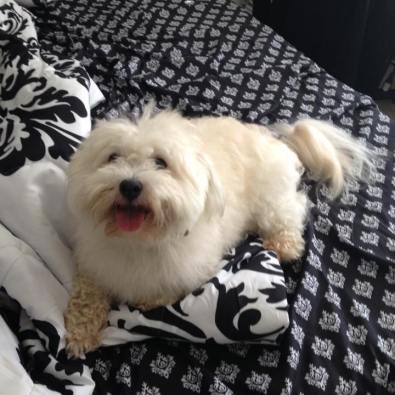 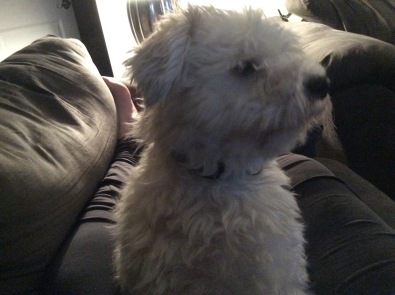 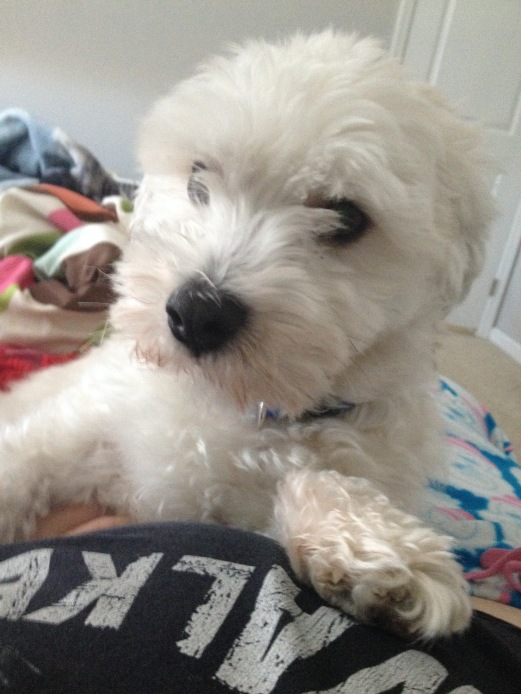 Anyway, I wanted to share these photos because even though you can’t really interact with them, he’s a sassy dog, and sometimes the nice parts in life get stuck behind all the crap. I just wanted to share some happy memories to make ya’ll smile.

And if none of the above worked, here. Have this complimentary picture of my bizarre dog after he was washed and then blow dried. (This is hands down my favorite picture of our dog. It cracks me up every time I look at it. It’s an old one, but definitely worth it.) 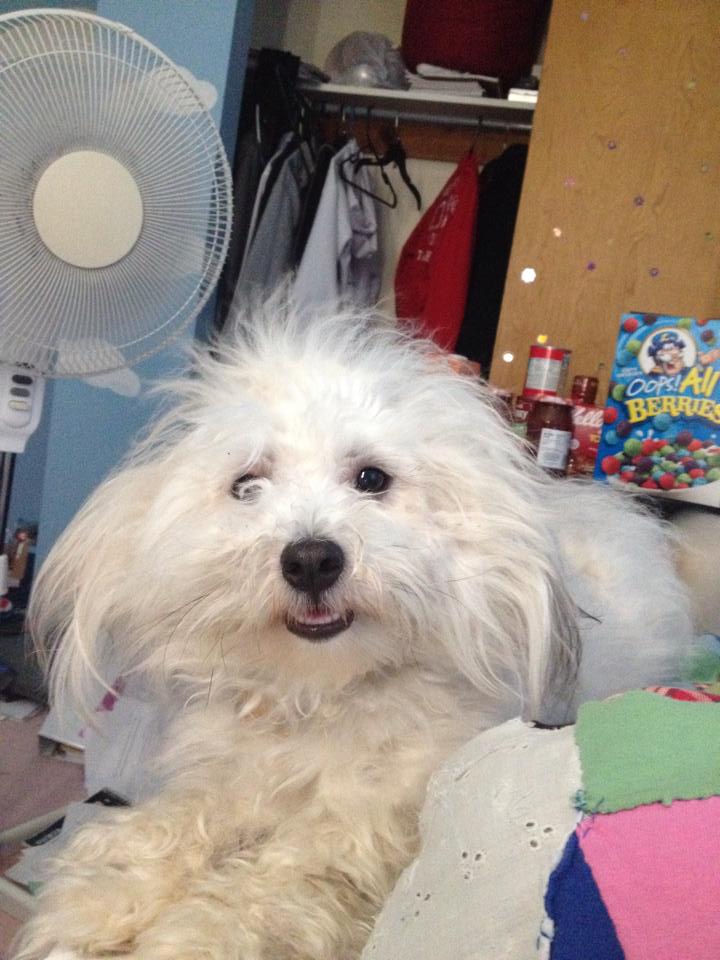