I wasn’t sure I wanted to write this blog, but the more I stewed on it, the more I was certain I needed to. I didn’t want to cause drama, or make people worry, and I certainly didn’t want to admit it to myself. But here goes.

In the course of law school, you are told on the first day that a majority of your year will end up as alcoholics or with depression, and maybe a few of you will even die from these. A bunch of cocky 1Ls will think “I’m a smart person, I’m sure that couldn’t be about me.” Some may even laugh about already belonging to those groups and being “ahead of that curve”.

In the course of life, each person may be called to face their own traumas-maybe even secondhand. And there is no weakness in not feeling like you’ve got a grip on it. It’s human to reach your depth and feel like you’re drowning. I think of a quote that a professor once told me on Suicide Prevention Day: “I won’t tell you that it gets better. But you don’t have to face it alone.”

I lost a friend in June, the third friend I’ve lost to depression. I say “I” because these are only my thoughts-but truthfully, more than just “I” experience this loss. She was a friend from law school, and we were so alike that it just felt more personal. I want to talk about the four things I learned since then, and why they’re important.

When I first started the summer, I spent a lot of time doing things that I wanted to do-art, writing, tai chi, “spa days” and the like. I wanted a full emotional reset from my academic year and I picked my favorites from a list of suggestions. When I lost my friend, I wondered why those things didn’t help. Everything I wrote was empty, art felt more sad than healing and even my beloved face masks did nothing to fix the way I felt lost.

As it would turn out, the only way to deal with those big emotional issues is the hard way. The late-night-crying-for-no-reason way. The grapple-with-big-questions-that-don’t-have-answers way. The look-in-the-mirror-and-just-feel way. As it would turn out, not one of my coping mechanisms tools was helpful in processing the loss of my friend. I had to reach the end of my shallow fixes to really understand that I needed to work on myself. That’s not to say that all those self-care things aren’t worth it. When I get stressed, I still engage in those beauty-creating moments. But when the hurt is deep, your self-care needs to be that much deeper.

2. Suicide Fear for People Who Understand (The “Will I Be Next” Debate)

If you have ever been suicidal, you may very well have experienced this. I wouldn’t say that it’s Survivor’s Guilt, but more like Survivor’s Anxiety. At some point in the coping process, you start to wonder what makes you so different from the person you lost to depression (suicide). And if you can’t find those differences, the all encompassing question then becomes “Am I next?” Now, at the surface, it sounds very self-absorbed. But it’s much deeper than that.

My friend had many of the same characteristics I did. Emotional trauma, a history of assault, a heart as big as the ocean with enough emotions to cause hurricanes, law stress, being in a state that wasn’t welcoming to our identities, and more. She was brave, and she fought hard. She had battles not many people knew, and I’m sure some that even I didn’t know. But when the news came, I wasn’t mad at her, I didn’t judge her for it. I sat and cried and wondered about what had led her to that point. And seeing the similarities, I began to wonder that all important question.

Because if I were in her shoes, as I have been from time to time, I don’t know that I would have made a different choice. And knowing that, what was it that would be my “moment”? Would it be a large, life impacting event? A bunch of small things that I couldn’t control that became too much for me? One poor choice? I became so engulfed in this paranoia that I would be next, that the spirit of death was coming for me, that I think I extended the grieving process far longer than I otherwise might have. I isolated myself, because I didn’t trust myself. I wasn’t suicidal, I was afraid that I would become so.

3. Taking Care of Yourself is Selfish-and It Has to Be

At a certain point, the tie that binds people who have suicidal history and those who we’ve lost from it becomes lost on people who have never contemplated or lost someone before. A good friend graciously agreed to go to the funeral with me, and at the end, I found out this was the first time they’d ever been to a funeral for someone who died from depression. I remembered what it was like for me that very first time and I wept for them. I wanted to make sure they were okay, but I was so entrenched in my own grief that I couldn’t step out and make that effort.

I remember I panicked for the first week after she died and sent every “strong person” I knew a message, asking if they were okay. They didn’t know why I did it, I just tried to carry on a conversation with them to make sure they knew I cared. Every person who had ever admitted they were depressed, anxious, or otherwise emotional got a text or message. I was scared. I was scared that suicide had become an infectious disease that would take away all of my friends (or me) if I didn’t actively try to stop it myself. And I grew so weary that I collapsed into myself.

A couple friends asked if I was okay. I lied to them, because I didn’t want them to worry that I would, indeed, be next. I spent a lot of time avoiding calls, messages and social media in general because I couldn’t take any more bad news. And that was when I realized that my self-care needed to really focus in on self. I allowed that isolation. I took a chance on letting myself work through the grieving process. I stopped communicating with everyone for two months. (With the caveat that I still texted my parents to let them know I was doing okay.) And I broke down. I cried, I existed, and at times, I didn’t sleep for days at a time. I checked off the stages of grief when it was time-not when I thought it was time. And that meant that life kept on going while I was stuck.

When I finally began to reemerge, I was more honest. I told friends that I spent time grieving, about all the emotions I’d felt. And even though I knew I’d been selfish, I knew that it was because I had to be. I had to spend that time focused on only me because I wouldn’t have survived it else-wise.

This may seem like it flies in the face of the last point. It was at the end of the two-months recovery time that I began to seek out friends. I chose to go (the very first day) to see counseling services to prepare myself for reintegration into life as I had come to know it. I started going on friend dates. I put myself out there, because I knew that I needed to. The truth is, without my husband covering for me, I wouldn’t have been able to heal this summer. Without counseling services, I’d be a wreck right now. Without those good friends, I would be alone. And those are just small snippets of the network I have amassed.

I chose to get off of social media, and I told everyone that I was stopping this blog for a while. And all of those things are true. I need to learn how to be my own person, not someone who compares their successes and failures against the polished social media posts that make everyone seem perfect.

I know that it’s hard. And I know it’s scary. I’m not going to lie to you. Life sucks. And then it gets better and then it sucks again. But you don’t have to face it alone. 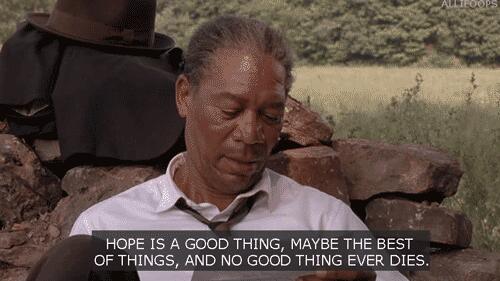