The theme for Sexual Assault Awareness Month is Engaging New Voices. According to the NSVRC (National Sexual Violence Resource Center), the targets for involvement are: Greek life members, Coaches, Fathers and Faith Leaders. It’s one of those occasions where I get to don my faith leader hat and use it to further an important cause.

I’m Pagan. Those words are already a turn off to a lot of people, and I know that. All it means is that I find the divine in nature. I think that’s pretty amicable grounds-Chrsitians often cite nature as a way to prove their beliefs. Islam’s holy book is filled with depictions of nature. It’s universal because it surrounds us. But I’m bringing this up for a different reason.

A LOT of mythologies contain depictions of assault. Native stories about Coyote have them, Celtic stories, Norse stories, Greek and Roman traditions, even Slavic ones. And there are mentions of it in Judeo-Christian texts as well. It would seem, from the beginning of the written word (at least), sexual assault has occured. I think though, the most well-known story about it is Medusa. This story is one that I hold dear-but for a little different reasons. I’ve told other people, but I think it’s a really good lesson for others as well, plus it fits with the current climate. 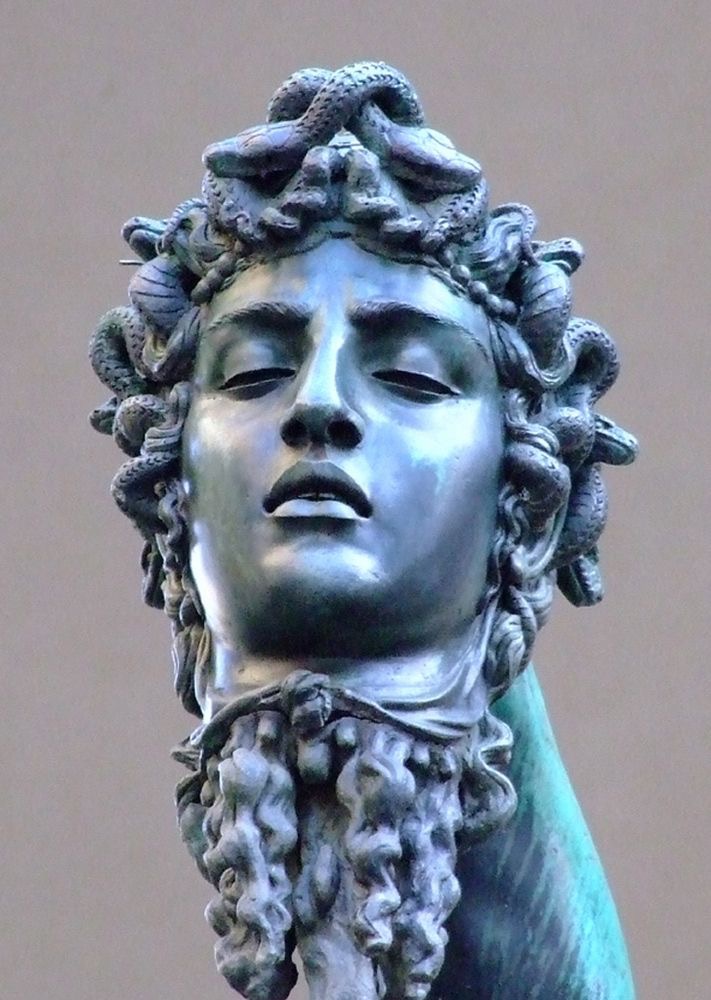 The version that is spread around in academic settings, and even in pop culture is the following.

Enter Medusa, an incredibly beautiful woman who devoted herself to her beliefs. She worshipped the goddess Athena, who was a virginal goddess-meaning her followers would also be virgins. Poseidon, god of the sea, seeing that Medusa was beautiful, came to visit her and try to woo her. Medusa was devout and refused his advances, returning inside the temple to pray. Poseidon followed after her and raped her. Athena, then angry, cursed Medusa to live as a Gorgon-a winged snake woman with snakes for hair and eyes that turned men to stone. Medusa is then killed by Perseus and her head was removed and used later. Perseus is hailed a hero, having vanquished a foe, with the help of other gods.

Medusa, an incredibly beautiful and intelligent woman, lived her life devoted to her faith. She worshipped the goddess Athena, known for her wisdom and strategy, as well as being a virginal goddess. Her followers, then, chose to remain chaste as well. Poseidon, god of the sea and enemy of Athena, saw that Medusa was beautiful and came to visit her, to try to woo her and make her one of his followers instead. Medusa refused his advances, returning to the temple to pray in safety. Poseidon, angry at her rejection, followed her and raped her, then left. Athena returned to her temple to find Medusa, no longer a virgin, crying. Athena told Medusa that she could no longer be a servant in the temple, but that Athena would like to help her. When asked what she needed, Medusa told Athena that she needed a way to protect herself from all who would harm her. Athena then turned Medusa into a Gorgon, giving her the power to stop anyone who came to harm her in her tracks.

The first version is told from a male perspective. Perseus conquers the monster and sets everything back in balance. The thing I couldn’t ever get past was Athena punishing Medusa for being raped. That wasn’t her fault. Rape is NEVER the victim’s fault. And for the longest time, I felt like mythology had made a giant mistake. Until I came across the version I know. Instead of punishing someone who was already punished, the victim became a survivor. And that’s why I share that story.

Sexual Assault and Rape and Domestic Violence is not the victim’s fault. It doesn’t matter the circumstances, the clothing, the drinks, the location.  That’s why SAAM is important.

Rape culture isn’t a new concept. It’s not a myth.