I think that for a great many people, there comes a point when your dreams are forgotten. And I’m not talking about asleep dreams. I’m talking about passion. About what wakes you up to push hard enough to fall asleep in exhaustion.

I think it looks far too specific when we’re young. What do you want to do when you grow up? requires a specific title. Doctor. Lawyer. President. Ballerina. Veterinarian. But what is lacking from that question is the follow up: Why? I think it’s there that people (myself included) run into trouble. 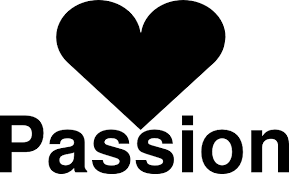 When I was younger, I would answer that first question with mortician. Not because I particularly liked the idea of working with dead people, but because I’d seen a couple close up at funerals and they looked terrifying. I wanted to make them look like they were sleeping, to catch the bad guys, or something like that. I wanted to help people. I was told that that wasn’t a proper job for a lady (which is absolutely wrong), and looked further. Doctor? Pediatrician? And then much (much) later: Lawyer?

It was hard for me to give up the idea of working in medicine. By the time I was old enough to decide what field to go into, I hated the idea of going into it. I was still trying to fit my heart and soul into that lab coat I’d been metaphorically carrying around for more than a decade. Why was it so hard to let go?

Because no one told me that there are a thousand ways to save a person.

I wanted to change the world, save lives, help people. No one ever really explained to me that saving people is possible in nearly every job-you just have to see the possibility. I learned that saving the body may not save the heart and soul, may not heal the pain and ease the burden of the baggage they carry. I learned that while I wanted to fix bodies, there was much more to a person than just their skin.

So in the wake of all the bad news that’s burst through televisions, over radios and across paper these last few weeks, I have to ask.

How are you saving people? Are you living your passion?