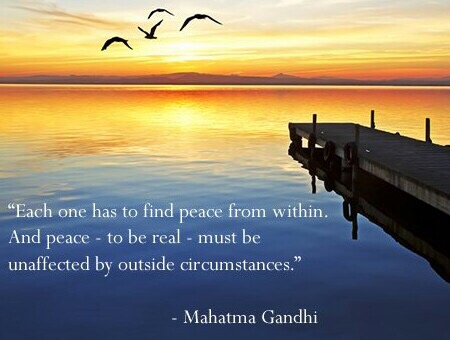 Naturally there were streams of support, streams of criticisms but one happened to catch my eye. Someone told Jared that he should not “stoop” and that she was “extremely disappointed” in his behavior, because he was calling out a human being publically. Here’s what he said (and yes, although probably unnecessarily, I did blot out her name): 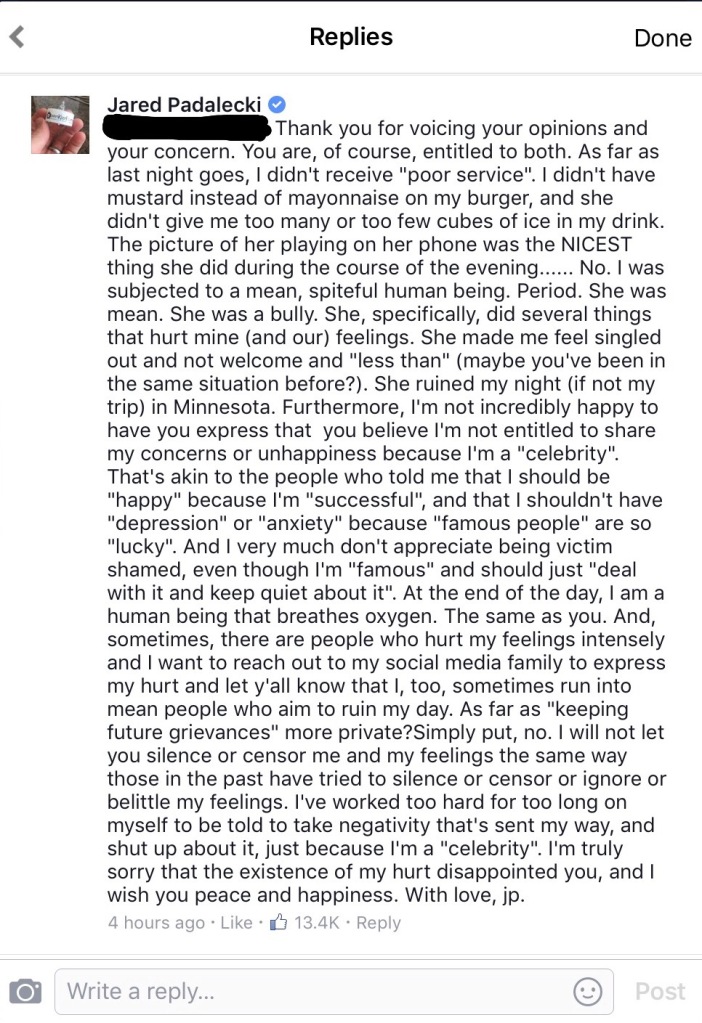 I immediately gravitated towards the following phrases:

2. “Not entitled to share my concerns or unhappiness because I’m a “celebrity””

3. “That’s akin to the people who told me that I should be “happy” because I am “successful” and that I shouldn’t have “depression” or “anxiety” because “famous people” are so “lucky”. And I very much don’t appreciate being victim shamed, even though I’m “famous” and should just “deal with it and keep quiet about it”. At the end of the day, I am a human being that breathes oxygen.”

4. “I’m truly sorry that the existence of my hurt disappointed you, and I wish you peace and happiness.”
Okay, so I know I basically just typed out the entire thing, but the 4 quotes I pulled are important. Why? Becuase they are classic depression quotes. I numbered them so I can analyze them more strategically. And at the end, I will wrap up with some thoughts about my analysis.

1. Doubting self-worth, being sensitive to the actions and negativity of others. It’s a pretty common theme in depression to doubt everything about yourself, to feel that other people just “hate you” because of who you are. And it’s easier to pick up on feeling that way when you’re depressed.

2. Believing that you are required to be a certain person, act a certain way because of arbitrary factors in your life. This one hits pretty hard too, especially among individuals fighting their symptoms. It doesn’t matter if those arbitrary factors are “career”, “education”, “gender roles”, “age”, “geography”, “economy”, “culture” or other-you feel as though you cannot be yourself and have a hard time dealing with that.

3. Feeling like you must defend your feelings to others, based on the fact that you are human too. This one hits home. Because whenever I don’t feel acknowledged or validated in my concerns and emotions, I immediately volley between this one and number 4. It’s a quick jump to feel like you have to justify the way you’re feeling because you feel alienated by the people who should understand-on the basis that they’re people too. You extend them that courtesy, and expect them to extend it back.

4. Apologizing for feeling the way you do, because it causes discomfort to someone else-something you never intended. At some point we’ve all done it. Apologized for going on a rant (and feeling like you’ve taken up the entire conversation), apologized for crying after a hard day, bad news, or other event. Apologized for feeling like an inconvenience simply because you existed. You didn’t want to put your baggage on someone else, it just kind of happened and you’re sorry. (Even if there isn’t a reason to be sorry.)

Conclusion: While not all of these things indicate depression and in fact, are very typical to things like defending your actions, interacting with rude, belittling people and a host of other things, as someone who has spent more time in a depression than not, I think I stand by my analysis that the wording chosen is representative of a spike in depression.

Although I am incredibly disheartened that experiences like this happen (and we all know they do happen), I pulled this story because it is such a great discussion piece about mental health and the stigmas still faced. I can just as easily reanalyze those quotes in the following way:

1. Stigma: Those with mental illnesses aren’t welcome members in society.

2. Stigma: Those with careers in public spotlight should not suffer from mental illnesses.

3. Stigma: Those with mental illnesses shouldn’t express the pain they are in. (AKA: The “It’s All In Your Head” Stigma).

4. Stigma: People with mental illnesses are burdens to society.

And suddenly, it’s the same story remade to explain a broader issue. Think with me, if you will, how many things you could replace “mental illness” with. We’ve become a people who are afraid to stand up for ourselves. Afraid of what might happen if we demand basic human rights. Afraid of what might become of us when we call out an injustice. It has become a cultural trend to victim blame. I read over those statements and looked at the way my brain interpreted them. I jumped to depression because it is a condition I know and understand very well. But I also know sexual assault very well. And if I plop a little interpretation into this conversation it looks a little bit like this:

1. Stigma: Victims of sexual assault are not welcome members in society with equal rights.

2. Stigma: Those who choose to dress in anyway close to “revealing” should not expect to be exempt from sexual assault.

4. Stigma: Victims of sexual assault are burdens to society.

What Jared did when he wrote this response was open the dialogue to the ways in which we (as a culture) judge others on arbitrary categories. “Celebrity”, “Mental Illness”, “Victim” all have become code words for a language we barely even know we’re speaking. Suddenly, we attribute roles to these words which themselves had no connotations before, and now have changed to “Perfect”, “Defective”, “Liar” respectively. The way we use the key to our culture, the very foundation of how we describe ourselves and the world around us is changing slightly every day. And it is because of this key that the formation of our very thoughts are coming into question.

Thought to consider for the day:

We are all human beings. We breathe the same air, our hearts pump the same way. Look at the way you judge others, the way you look them over and determine your interpretation of them. Do you see a person struggling to get by in life? Do you see their battles, struggles, victories and failures? Or do you see the person you want to see, covered in the veils of biases?

I end my thoughts today with a fitting quote from the movie Ten Inch Hero (which is one of my favorites). 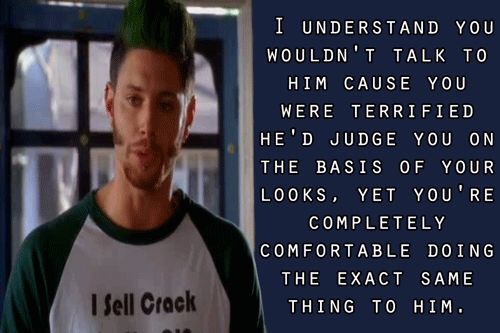